From Berlin to Brussels, from reason to madness

Home / Belgium / From Berlin to Brussels, from reason to madness 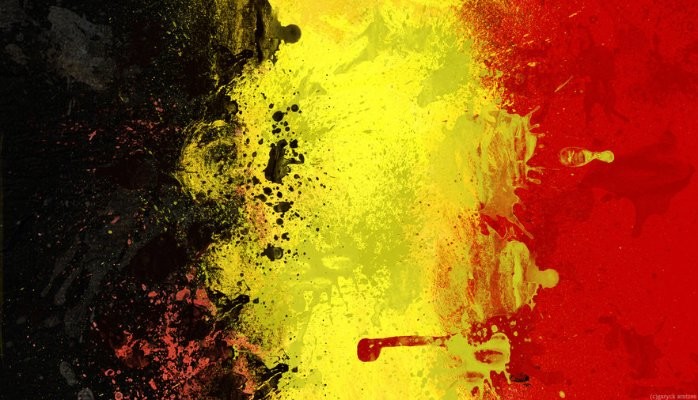 On 11 May I got the 6h28 train to Brussels national airport to catch my 9h45 Berlin airplane to attend the FEDMA ( www.FEDMA.org ) and GDMA http://globaldma.com/  meetings. My feeling goes to the blood and tears of  the 22nd March. We had the attacks by the small idiots from Molenbeek and other locations. And air traffic controllers and luggage carriers went, a few weeks later, on strike with no respect for the victims of 22 March…

Arriving at the airport railway station I follow the instructions of administrative and military people guiding us through the access roads of the parking to the entrance hall of the airport via security tents. We stepped like flocks of sheep between militaries and machine guns in the ambiance of a military regime.  Some thoughts go to my parents who have known similar situations and worse during the war. How far will all this go in the end?

At the A 55 gate, I take some time for breakfast, get into the plane supposed to take off but we have to stay quite a long time on ground waiting for the air controller’s action to give access to the air…  Apparently at the same time the luggage handlers also went on strike. In my back I hear someone with a strong foreign accent say: “this is Belgium”. Freely translated, Belgium is not anymore the holy land of chocolates and beers but appears now as a nation of shit. How will the international community in Berlin consider the Belgian I am?

The meetings in Berlin were interesting with open minded  international people coming from different regions with different backgrounds. The state of the art is to bridge differences, accepting the one and others like we are and using differences as a starting point to build bridges.

In my data driven marketing industry this is crucial in a global economy where data are flying over the worldwide web. Digital and data are the foundations of our new economy where isolation by nation, even by continent, is not an option anymore. Therefore my digital and data industry needs to work at worldwide level to find common standards and rules. And yes, of the 25 main Internet companies 15 have their headquarters in the United States and 9 in Asia and only 1 in Europe. Also the 10 largest high-tech companies are American or Asian. These are the players conditioning the new digital data driven economy. Worldwide.

FEDMA took the right decision by intensifying its cooperation with GDMA two years ago. I must admit, in Berlin I did not have the courage to advertise Brussels as a next nice venue…

When flying back to Brussels, I am landing from open mindset to narrow madness and desperate that in Belgium we are not even able to hear the international community saying we don’t believe any more in Belgians complicated institutional constellation. The perception of the smart Belgian compromise is gone. Worldwide community says: simplify your institutions. Make them workable. To hear the local Belgian community saying we want solutions and no endless discussions on responsibilities and saying to air controllers and luggage people, don’t kill your international airport and don’t finish the work of those idiotic terrorists.

All this turned the worldwide goodwill towards Belgium into being perceived as a bunch local idiots… There is a need to stand up and rebuild Belgium. No words but action. Just like in wartime, this is a matter of citizenship at all levels, from the smallest citizen to the highest responsible.

In all dramas things go wrong. We need the right choices to turn all this into opportunities for a better society. Optimism is more than ever a moral duty. Crying and blaming the other is contra productive. There is a need for co-operation between the different public services, between the different policy levels, between the various managers, across party boundaries in Belgium, Europe and the Globe as terrorists do not stop at borders.

We are a very fragmented country and we have to question if institutional fragmentation is so wise. We must work together, with each other, not against each other. Only then it will make sense to brand beer, chocolates and other products with “Belgian”.

PrevOproep aan mijn VUB vrienden
Next#Brexit: there is something rotten in this world